In today’s article I discuss my top ten video games of all time in descending order. I rank these games according to nostalgia, game play, game synopsis and gaming controls.

As always feel free to leave a comment on anything you agree or disagree with. 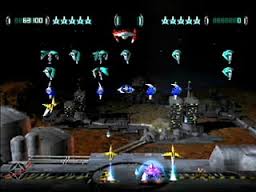 This was a fun game! (IGN agrees giving them a 7.8 rating) Space Invaders 64 features a small ship scrolling left to right shooting enemy ships on all nine planets (Yes Pluto was a planet at the time, deal with it!). The controls are easy and playable: A is shoot regular missile and B is the special rocket. Shoot four-of-a-kind and you get the special.

The synopsis involved saving the Solar System by destroying the baddies on all planets. The music was fun and arcade-like. The bosses presented adequate challenges too.

I loved this game but it was very repetitive to me. Besides the cool power ups and different worlds this game is just a classic shooter, nothing more. Be that as it may I could play this game again and again. 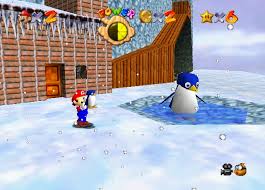 I remember back in the 90’s when I first played this game. My sister surprised me by buying me this game as I got out of school. I thanked her with a hug and immediately set out to play it.

Playing a Mario game for the first time in 3D blew my mind! It also pleased me to own a Mario game of my own! (Up until this point the original Nintendo Mario games all belonged to my sisters)

I fell in love with the music, the various zany stages like the Hazy Maze Cave, Wet-Dry World and Snowman’s Land. The controls were fun; A to jump, B to punch and various combinations render back flips and somersaults possible. However, the camera was a bit tricky at following Mario.

From a nostalgia standpoint this classic deserves the occasional revisit. 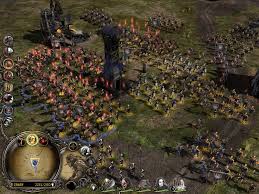 Back in 2009 before I embarked on my college venture I bought, played and completed this game.

I built and commanded armies of men, elves and dwarves against the legions of Mordor. I recruited heroes from the movies and the books to lead each army. Each battle was scintillating taking place in locations across Middle Earth not included in Peter Jackson’s trilogy.

This game was uniquely challenging because it forced me to budget my resources and plan my attacks.

I liked the basic controls and they were very easy to use for the PC.

The Lord of the Rings: The Battle for Middle Earth II is a thrilling real-time-strategy game. This game was fun and enchanting with its new teal-time concept and stunning cutscenes. It included clever music, real-time goals and worthy foes.

I played this game for hours. It’s no wonder why. With there only being eight levels I was sad once the magic was over. 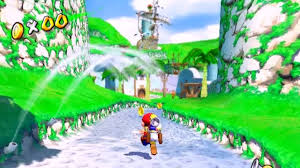 My sister gifted this game to me in the summer of 2003. At the time I was playing notable games like Godzilla Destroy All Monsters: Melee and Hulk. This game was very different from the other two: Super Mario Sunshine offers the standard Mario story of saving the princess and collecting stars (sprites) in a new, fun re-imagined story.

I loved the controls, and the camera options are a step up from Mario 64. Overall the Game Cube is more comfortable than the hard N64 pad.

The music is brilliant and portrays the scenic Isle Delfino as some Italian getaway paradise (like Sardinia). Coupled with graphics better than Mario 64 this game made many fun and unforgettable memories. Who can forget the giant haunting manta ray?!

I absolutely loved this game. The lovable accordion-playing made the music so enjoyable and never dull. Fighting a paint-Mario who makes messes (rather than destruction) also gave my imagination thrills. 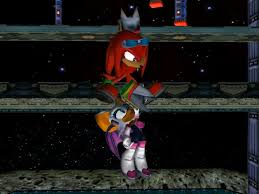 This game is a true gem for the Nintendo Gamecube!

Sonic Adventure 2 Battle is the first 3D Sonic game for a console I played. The story had me gripped, as well as all the insane moves you could pull off as any of the six playable characters! As Sonic, Shadow, Dr. Eggman, Tails, Knuckles or Rouge you complete missions (some of them timed) and collect Chao for your garden. This manic combination of level-completing and Chao-collecting made for a complete sense of game play.

In this amazing game of Hero vs Dark I played as Sonic and friends, and, for the first time, as Dr. Eggman and his evil allies! Shadow the Hedgehog was my favorite character (both conceptually and player-wise).

Concerning game play and sound: while the music choices are legendary it is difficult to hear it with all the crashing and smashing of bots, the game play is intuitive and fast-paced so that the puzzles are really quick to solve. The music and game play are awesome enough with jumping, spinning and power ups that I could play this game over and over again. 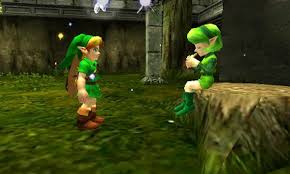 How could this game not be on my list! This was a classic and a show-stealer!

I played this game back in 2010 for the first time and I fell in love with it from the start. The game features a small boy living in the forest among the elven until he is revealed to be Hylian. Under the guidance of the fairy, Navi, he sets out to right wrongs in Hyrule and fight the evil Gannondorf.

What’s not to love?!

The music and story were off the chain and the game play is one to addict for hours. The camera work is one to gripe about but not enough to stop this gem from securing a spot on this top ten list. While I loved this classic and can play it over and over there is something about the first playthrough that can never be re-captured.

4) The Legend of Zelda: the Windwaker (Game Cube) (1 player) 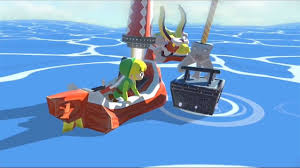 From one amazing Zelda game to another; Windwaker!

I played this game for the first time in summer of 2011: a whole summer after playing Ocarina of Time. I was not the least disappointed with this game.

The graphics, the innovative game play, the cool story and nostalgic music absolutely charmed me. I love running around as Toon Link collecting items and fighting baddies in a new oceanic setting. The graphics and music make you feel like a kid again with the world being a generally innocent place that you, the young mute boy, must save. If Ocarina of Time had a sense of urgency the Windwaker has a sense of fun and innocence.

I also love the seafaring in this game: it takes the original Legend of Zelda franchise in a new direction. This game hearkens to the innocent fantasies of youth of pirates, sailing and monster-fighting. From the juvenile pirates to the insane squid monsters, the inner kid in me had a blast with this game!

The game controls are simple and not hard to mess-up: jump with A, sword swing with B and assign items to the three remaining buttons. Puzzles are simpler here than in Ocarina of Time, but the sensational music and retake on the franchise places this game higher on my list. 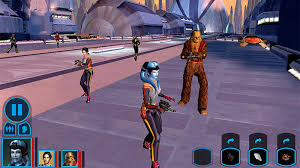 I must confess, this was a hard one. This pick was about one centimeter away from being Number Two. I absolutely adored this game. I was fascinated by the story, the music and the character that I had free reign to create. This was a movie as much as it was a game. A game such as this is almost impossible to beat. Game play and game controls were also fantastic but mainly complimented the amazing story and open-world setting so much so that game play and controls (less impressive) are barely the drawing factor.

KOTOR features a nameless character traveling the galaxy, helping the Republic battle the evil Sith under Darth Malak and helping others along with the way. As a novice hero you have to prove yourself to Carth Onasi, soldier of the Republic, and save the Jedi heroine Bastila.

With a phenomenal story line, free reign to develop your character and amazing plot twists this game soundly beats any other Star Wars game out there and lands in at #3 on my list.

Donkey Kong 64is simply the cusp of my preteen video gaming years.

In Donkey Kong 64 you play as Donkey Kong who sets out to free his friends from the evil K. Rool. Once you free them you can play as them.

The levels in Donkey Kong 64 were nothing to sneeze at either: I loved Jungle Japes, Angry Aztec and Crystal Caves. (The latter is an ice world with a collapsing roof!) Each level has five quests per ape and the difficulty varies from ape to ape; I’ve always thought they gave Chunky the hardest missions.

This game narrowly beats KOTOR by its playability and longevity. I can play this game much more repetitively because its pros are more balanced than KOTOR. While KOTOR has the upper hand in story and music I feel that Donkey Kong 64 is more well-rounded; its game play, music, mini games, and game features are just as impressive as its central story.

I loved this game in my preteen years. I obsessed over it for over a full year. While Donkey Kong 64 does not hold the same magical spell over me that it did when I was 11 it sure does echo my love for video games in the first place. This was my very first console game ever, and for a long time no other game could even come close. 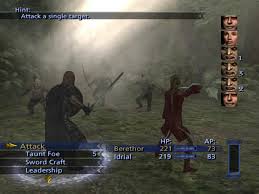 We’ve made it intrepidarians: the summit of my list!

The Third Age is an amazing 1 player game of item-collecting, boss-fighting, character-building and cutscene watching. Even when opening chests the thrill of a nearby battle keeps you on edge!

I played this game right after being introduced to the The Lord of the Rings trilogy in 2004. At first, I didn’t want to play this game out of respect to the movie trilogy. However, upon giving this game a chance I was taken aback. The inclusion of the music from the series, the chance to delve into the lore behind the film (often not explained in the film) and the chance to enter Moria (my favorite place in Middle-Earth if you couldn’t tell!) is a boon unmatched in video gaming thus far.

This game is brilliantly designed with great graphics, weapon and item combinations, and entertaining turn-based combat. The music from the movies and the voice overs make you feel like you entered the movie. In addition Gandalf’s Palantir cutscenes remind you what you’re playing for and why your quest is relevant.

As Berethor you meet Galadriel’s messenger Idrial and together you journey through Middle-Earth in search of Boromir. Along the way you recruit new playable characters (a concept I love, which is visible in the last game), outfit your heroes with actual armor from the movie, defend in-game characters and explore the lore surrounding Middle Earth.

This game is the total package: it has a great feel to its story, it has versatile and exciting game play via the turn-based system, and the open-world in this game is big enough to keep you coming back. I must also add that my love for Tolkien’s legendarium and the pure nostalgia in this game contributes to its high ranking on this list. 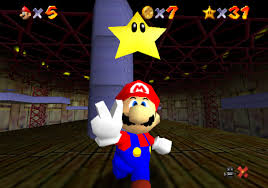