Here are the matches so far:

The show seems solid but needs another match or two. Not to mention, the build-up for AJ Styles and Dean Ambrose could have used more time.

Here are my predictions:

I bet you may wonder what my reasoning is for these predictions. Here it is:

First, I think that The Miz will continue this storyline of being a coward. Ziggler will goad and goad him into fighting fair but he will keep on with his cheating ways because he’s a natural heel and the WWE will hold the aggressive Miz persona in abeyance. Someone will knock him off his perch but not yet.

Secondly, although Becky Lynch is a fan favorite it is more likely Nikki Bella will win this to promote her new show and continue her feud with Carmella. I may be wrong, I know. But, the story we’ve been fed in the last few weeks is that Carmella is jealous of Nikki and is out to re-injure her. The story WWE is telling seems to indicate that Bella will get retribution at the cost of Lynch’s deserved win.

The Tag Division needs strong heels. The Usos can deliver that but they need wins in order to pose that threat. This is why I believe they will crush the Hype Bros and put on a hard-fought match for Slater & Rhyno. Slater will win this match to earn a contract by the skin of his teeth. The Usos can win the title from them as soon as the next Smackdown but Slater needs this win to earn the contract. That is the story WWE is selling to us. 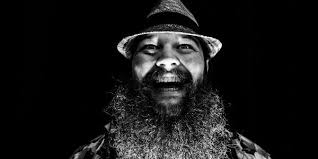 I predict that Wyatt will defeat Orton. If the opposite is true then WWE have severely hurt Wyatt’s character beyond repair. He needs a big win.

This last one seems obvious but WWE may swerve us and go in a very different direction. Nonetheless, I firmly believe that AJ Styles will win on Sunday and legitimize his win over Cena and his WWE push. Styles has to win this. He put on a ferocious match with Cena and beat him CLEAN. With such a decisive win under his belt Styles has direction and momentum. WWE cannot afford to screw this up. The fans are hot for Styles right now and a loss will only hold him back. If WWE really want us sold on AJ Styles and Smackdown-exclusive special events they MUST give the win to Syles. As much as I love Ambrose (my favorite wrestler in fact) he has to do what’s right for business this Sunday and give Styles his run with the belt. The only real question following this match is: ‘once Styles wins the title who does he face?’ I can only think of Ambrose, Ziggler and Orton. Smackdown needs more babyfaces. And what of Wyatt’s heel push? 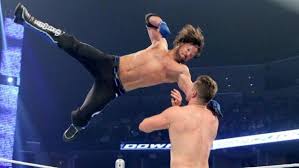 Besides this predictions I predict that we’ll see at least two matches on the card. One will be on the card and the other likely will be on the pre-show. I wager that Baron Corbin will be on at least one of those. Perhaps Crews or Kalisto will be in the other. One thing’s for sure: Smackdown needs more top-level and midcard talent. 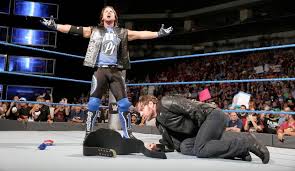