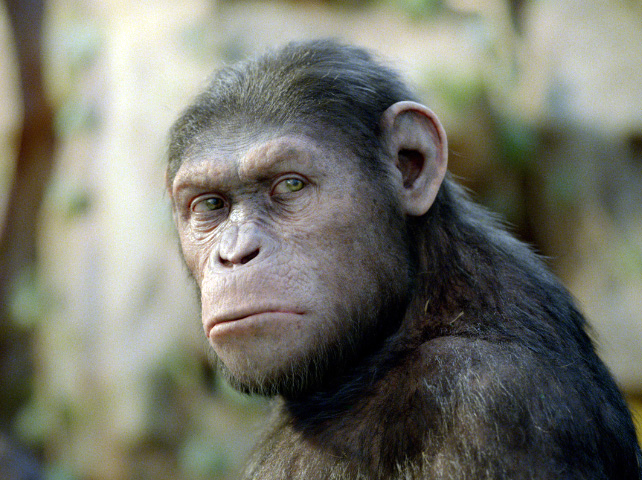 Greetings my intrepid lovers of science fiction! In this article I give you my honest opinion about a favorite film of mine. I hope you enjoy this short review!

Rise of the Planet of the Apes is a 2011 science fiction film directed by Rupert Wyatt and starring Andy Serkis (using motion-capture) as Caesar and James Franco as his human owner, Will.

This film centers around the brilliant scientist, Will, developing a cure for his father’s Alzheimers. His experiments result in a small chimp named Caesar possessing intelligence surpassing that of most humans. Will raises Caesar as his own and nurtures him to adolescence. Caesar struggles to accept his place in society. As an ape he is viewed as dumb and owed fewer rights despite being as smart as a human. This angers and confuses him. All seems normal until Caesar is detained; he is caught biting and beating an unruly neighbor who threatened Will’s father.

Confused and ashamed, Caesar is interned with wild apes in an ape sanctuary until a court case is held. Upon being left in that inhospitable facility Caesar begins to ponder his place in the world. Does he belong with humans or with the apes? When faced with a decision to leave Caesar decides to stay and make life better for his simian kind. This crucial heart-wrenching choice alienates him from Will but gives him new roles as leader, protector and revolutionary. 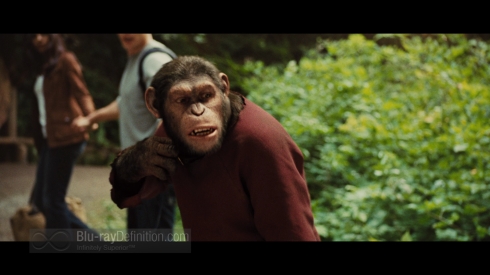 Caesar’s character is fleshed out superbly. Rupert Wyatt takes his time crafting the story of this well-known character. His pacing causes us to care about Caesar and the plight of the apes because we as an audience spend so much time with them. The rush of adrenaline that we feel as the apes storm through San Francisco is earned because the whole movie has been leading up to this from the beginning.

Andy Serkis’ portrayal of Caesar is simply earth-shattering. Whether Caesar is rallying the apes to fight or simply frowning at the camera as he is betrayed it is all played with the deepest conviction. We don’t just believe Caesar is right, we believe in Caesar. Without a doubt Serkis’ portrayal of the ape leader feels more human than any of the human characters within this film.

Caesar is courageous, noble and determined. He fights for what he loves. In this film he fights for his human family (at the beginning) and then for apekind (the end). We feel for him because we see how the actions of others deeply impact him, and how he sticks to his convictions; he defends the apes without killing a single human, for he is part human himself. It is Caesar’s humanity that binds the apes together and gives them the chance at a new life.

The villains, while stereotypical, perform their roles well. They antagonize Caesar and move the plot along. Even though the heinous neighbor and the barbaric zookeeper’s roles are minimal they cause us to feel sympathy for Caesar and when they receive their comeuppance we rejoice. 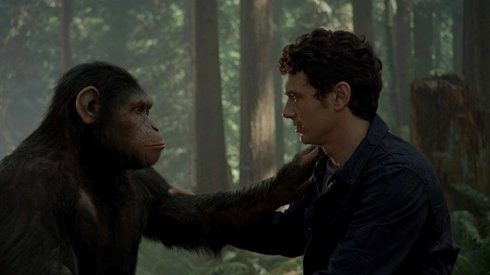 This film is a cinematic masterpiece. I give it a 93% rating.

2 thoughts on ““Rise of the Planet of the Apes” Review”