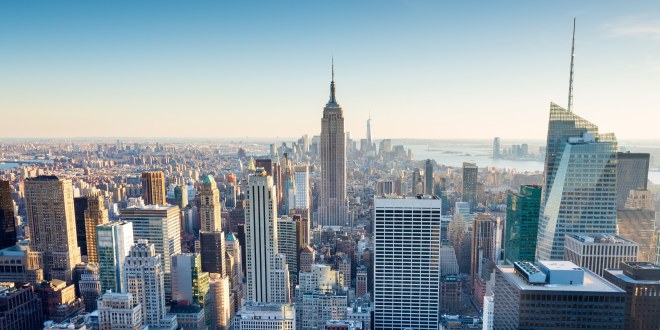 It’s been a while.

As most of you probably know, I’m a New Yorker living in Portlander. (So I guess that makes me a New York born Portlander?) I’m here to see my family. My family split apart in 2002. We’ve been quite a wreck ever since.

I’ve seen Coney Island, walked down Harlem to the Upper East Side and visited my old neighborhood. 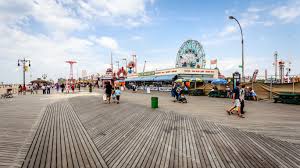 It’s amazing how much has changed here! Cafés, fine dining and luxury apartments have dotted much of the working class neighborhoods in Brooklyn. My friend Danny, who’s lived in Brooklyn much of his life, and many like him, are greatly upset by this.

Amidst the change in the city, I struggle with family drama. I’m from a small yet very disconnected Puerto Rican American family. Since I’m the youngest of four I’m used to having my opinion overlooked. Nonetheless, I’ve spoken up and done my best to help them in anything I can while I’m here. My sister just wanted to borrow money the other day, for example.

I must confess, I feel very strange in this city. I feel a mixture of belonging and aversion. You must understand: I grew up in this city and was ripped away at age thirteen. I managed to return years later and then worked before setting off for college. I have fond memories of this city; indelible moments in time. Yet, in this city I have had to put up with a lot: being forced to live in unsafe neighborhoods, stifled by the never-ending hustle and bustle, and endure racial and cultural stereotypes imposed on me from strangers and family.

On that subject: I’m an American, I have Spanish descent but I don’t feel required to speak Spanish all the time, like Latin music or conform to stereotypes. That is an infringement on my own personal freedom and my own identity. I speak English 86% of the time, didn’t learn Spanish until I was 13, speak Spanish with a European accent and am well educated (for those that don’t know: many Hispanic Americans in the City are often living in areas of poverty, don’t pursue a higher education, don’t travel much, and are very ignorant of anything outside their bubble. This isn’t a knock on them but an authentic critique.) I identify as Hispanic American and as an American foremost. If too much emphasis is placed on an ethnic group over national identity then it creates a divide. I am not for this.

Back to the matter of the City, I have been here only a few days now and I see why so many people love it. People flock to myriads of landmarks here such as the Brooklyn Bridge, Empire State Building, Coney Island and the Statue of Liberty. Already on my first few days I encountered French, British and Chinese tourists (and others whose languages I could not decipher). I see them teeming in Manhattan enjoying the thrill of the train ride and often getting lost in Midtown. 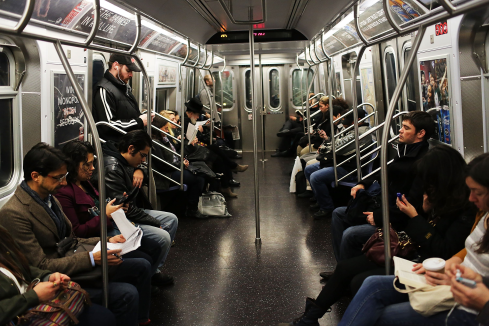 My heart beams with love for this city. I grew up here. I went up the Twin Towers before they were destroyed, and I saw them crumble outside my window. I’ve taken the F train too many times to count, and I’ve crossed the Brooklyn Bridge looking over the horizon with a warm feeling of serenity since I was eight. Indeed, tears well up in my eyes as I look down Surf Avenue in Coney Island and I see that all the Russian furniture stores have closed. My dad was strong and healthy in those days, and he’d take us to Nathan’s on summer Saturdays.

As I look out beyond the Boardwalk at the tossing Atlantic Ocean I see waves crashing and hear a voice whispering. That voice whispers to me ‘Did you find it? Did you find what you were looking for?’

“Yes” I reply emotional. “I have and I’m glad I came back.” I say this with tears in my eyes, and with a wide grin I walk back to the F train.