The WWE Draft and the Brand Split are almost here! Here are MY personal thoughts on who Smackdown should draft and why. The following are my opinions so feel free to let me know what YOU think about my booking in the comments below.

Without further ado here we go! 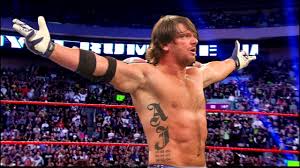 It goes without saying that AJ Styles is a phenomenal talent and a certifiable draw for the WWE. He has agility, speed and great ring awareness and experience. He has produced great matches with Roman Reigns and stands to offer the same to any opponent he is given. (Top Ten Moves of AJ Styles)

Despite being made a heel in recent weeks (a bad idea in my opinion) he would be my #1 pick to the brand since he will have a strong fan base and can have a legitimate run with the brand’s top title (bring back the WHC please!). 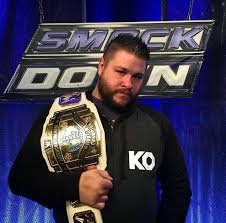 There’s no doubt that Kevin Owens has the potential to be the top heel in the company. He is cocky, disrespectful and will cheat to win despite not really needing to. He is a savage competitor with great ring skills.

If drafted to the Smackdown brand he can create monster feuds with the likes of Apollo Crews, Big Cass and Randy Orton. If I were in charge of booking I’d give him a lengthy title reign with the brand’s top belt in order to help establish his star and elevate the next big babyface of the company. Ideally he would drop the top title to the next face much like JBL did for John Cena in 2005. (Best of Kevin Owens vol 1) 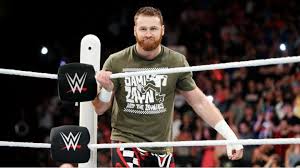 When I look at Sami Zayn I see a guy who can work a solid match and make the guys he works with look like a million bucks.He has performed flawlessly on WWE for just about all of his tenure. (Top 20 Moves of Sami Zayn) However, on the main roster he needs to develop his character or his potential will stagnate.

Nonetheless, I would draft him to Smackdown in order to first continue his feud with Kevin Owens and establish him as a ‘mainstay’ for Smackdown much like Shawn Michaels was a ‘mainstay’ for RAW in 2005 to 2009. Michaels was involved in title feuds and personal feuds that helped elevate younger talent such as Chris Masters, Carlito, Shelton Benjamin and Mr. Kennedy. I see Sami Zayn being able to fulfill that role well. I think he should stay exclusive to Smackdown for several years (if not the rest of his WWE tenure) in order to create identity for the brand and get himself over there whereas on RAW he would have to compete for attention with the company choices in Roman Reigns and John Cena. 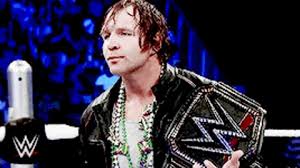 For a time Ambrose appeared to be the captain of the Shield and was the most over of the three stable mates. In fact, his first match was against the Undertaker! The man is a character! (Dean Ambrose’s Dirtiest Deeds)

However, Ambrose has fallen off a bit this year with a loss at Wrestlemania and a lackluster match at Extreme Rules. Ambrose needs to work on his moveset and pacing (in my opinion). He is still over with the crowd, however, and I think WWE should work with that by giving him a spot on Smackdown.

If drafted there I think he should be used as one of the ‘five pillars’ (I will explain this in a moment). He should establish himself as a top star, develop his character further and help elevate newer talent such as Apollo Crews and Big Cass. He should get at least one run with Smackdown’s top title and make magic happen with the belt. 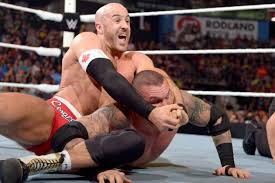 He’s the King of Swing! No, he’s just really awesome to watch! (Cesaro’s Swing on the Great Khali)

Cesaro is the tried and true in-ring worker who can be counted on to deliver a good match. He is currently chasing the IC title in a feud with the Miz. Whether he eventually captures the gold is up for speculation.

I think he should continue with the feud and eventually capture the title at Summerslam. He can elevate the prestige of the belt with marquee matches on Smackdown. Those who value in-ring work can enjoy him defend the IC title and eventually see him pursue the top title on the brand as well. Cesaro is good for Smackdown because he is truly an underrated superstar who can use the blue brand to get noticed more and contribute to match quality. 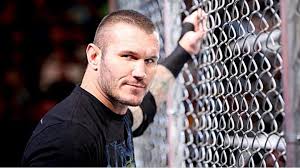 Of the previous five wrestlers I see Owens as the man standing out the most. However, if he is to succeed as a heel champion he needs credibility. Who better than…Kenyon?! Just kidding. I mean the Viper: Randy Orton. The man has a ring presence and power that are plain to see miles away. (Randy Orton enters the Royal Rumble)

Orton has been used to help newer talent get over in the last two years. He’s helped Roman Reigns and Seth Rollins. I think Orton can help Owens establish himself as a monster in the company by giving him a meaningful feud with decisive wins over a legend (killer) like Orton. Orton can also bring a sense of familiarity to a brand that I think should be a sea of new faces (pun intended). Of the Smackdown Five Pillars Orton is one. 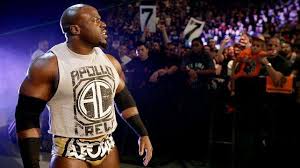 I’ve mentioned this guy several times so it’s only fair that he gets a paragraph, right?!

This guy is a big powerhouse with a certain charm to him. In today’s WWE I think most wrestlers being the same size and ethnicity is a detriment. Crews offers size, diversity and a certain aura about him that draws crowds in. I think he has potential to be the next top face if given the chance. He is a wrestling experiment to this end. (Apollo Crews Backstage Segment)

If I am leading the Smackdown Brand making new top stars is my goal. With that in mind I want Apollo Crews to have an opportunity to rise to the occasion. To this end I would involve Crews in meaningful undercard feuds until feuding him with Cesaro (or another viable talent) for the midcard title. By year’s end I would send Crews after the world champion (probably Kevin Owens) and have him win it.

If for some reason, however, he were not succeeding in connecting with the crowd I’d still have him chase the belt but probably not have him win. In this regard Apollo can gain notoriety without winning the championship (see Dean Ambrose at Fastlane). 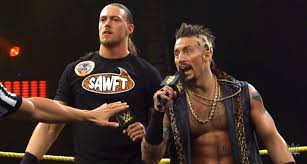 We need tag teams on Smackdown. Oh, it’s true! It’s damn true! In order to make the brand split work we need Smackdown to have its own tag champs. To this end I would leave New Day and their belts on Raw but have the entertaining New York duo win their own on the blue brand.

If there is to be an entertaining tag team leading the division on Smackdown who better than Enzo & Cass? (Sorry Kenyon.) These two can get a crowd pumped up and excited for their match like no other. They ooze charisma…and you can’t teach that! (Enzo & Cass win NXT Tag Team of the Year) 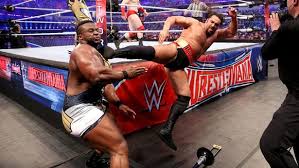 I would have higher expectations of Rusev and place him among my ‘Five Pillars’ but he has been booked horribly ever since his loss to John Cena. He was made to look like a sympathetic loser in his love-square storyline, fumbled with the League of Nations as a crony and has only recently claimed the U.S. title.

The title itself isn’t being done justice on RAW with both the WWE World and Intercontinental titles outshining it in importance and screen time. I would have Rusev lose the title before being drafted to RAW and given better storylines.

I would book Rusev as chasing the top title on Smackdown. Perhaps, like Vader, he can make the title feuds important without winning it.

The aforementioned names are superstars I would give importance to on the new brand. Of course, there will be other talent in the new brand since you can’t run a brand on only ten wrestlers! The following are wrestlers that I would draft to the brand but do not see immediate importance: The Miz, Chris Jericho, Neville, Mark Henry, Sheamus, Titus O’ Neill, Shining Stars, The Club, Vaudvillians, Emma, Tamina, Paige, Naomi, Natalya and Becky Lynch.

The Five Pillars are five men who I would base Smackdown around. They would be the primary focus of the show. Their job is to make the show great and help elevate newer talent (such as Apollo Crews and Big Cass for example) into their roles.

For more great predictions on the draft check out these guys below!